Think about all the things you do in a day at work. And think about what single act has the most profound effect on your own morale and sense of wellbeing. Is it the free lunch and the cashless vending machine? Is it the beer fridge or the vodka shed on a Friday afternoon? Is it the slide connecting you to your colleagues on the floor below? Is it the opportunity to make a difference? Is it being empowered to make decisions and trusted to do things your way? 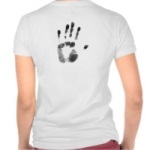 Of course, most of these things are important in varying degrees to all of us, however, thanks to life’s rich tapestry, it turns out that we’re not all the same. All of us are turned on (and off) by different things in different ways and at different times.

That said, the one thing that picks us up more than anything is a heartfelt and deserved pat on the back. Research in 2011 revealed that self-esteem boosts are rated more highly among American university students (aka today’s workforce) than food, remuneration, time spent with friends, drinking alcohol, and even sex.

If you manage people, never forget that real-time recognition has the power to transform a person’s mood, commitment to the cause and level of performance. So before you spend a fortune on formal reward and recognition systems, a shiny new annual appraisal framework,  indoor skyscapes, AstroTurf flooring, helter-skelters, jumbo bean bags and padded cells, just remember that the occasional pat on the back is likely to be the most important thing you can do at work today.

And it won’t cost you a penny.

Shape up or ship out

Rachel Miller (@AllthingsIC) asked an interesting question this morning after sharing the breaking news story on Sky News about the apparent leak of an internal memo from Barclays CEO Anthony Jenkins.

In an uncompromising email to Barclays staff Jenkins sets out clear expectations regarding their conduct and in essence challenges them to ‘shape up or ship out’:

Rachel’s question was “would/ could” your leader communicate like that? Rather than get personal, I’d rather look at this through the ‘should’ lens and keep it hypothetical.

My answer is a big fat YES!

It is great to see strong leadership expressed in writing – articulating something leaders often want to say to people whose behaviour is at odds with company values but shy away from doing so en masse in the interests of diplomacy and avoiding conflict. To launch a Code of Conduct or set of ethical principles with such high level sponsorship and unequivocal support is a beautiful thing to behold. It’s bold, spirited and unambiguous. It’s impactful and will get everyone talking.

My only issue with the note is the apparent language around core values, which are sadly being chucked around like some kind of disposable toy. Core values are enduring truths about what is important to people within an organisation. They are not objectives. They are not aspirational. They do not seek to change behaviour. They cannot be invented. They already exist in every organisation. You don’t create them, you uncover them. Regular readers may recognise this sermon.

So for Barclays to switch from its current five core values (Keep it simple, Own it, Work together, Think smart, 100% energy) and replace them at the flick of a switch with “respect, integrity, service, excellence and stewardship” feels a bit contrived and lacking in credibility. It doesn’t help that 2 of the 5 new Barclays values are the same as Enron’s at the time their particular merde a frappé le ventilateur* (respect & integrity) over a decade ago.

A company’s Code of Conduct needs to be aligned to and consistent with its core values, however at the same time it must be recognised that is a wholly different beast. It can and should be a blueprint for desired behaviours and conduct and as such can be aspirational and can seek to change behaviours. If you contravene the Code of Conduct you can expect to be hauled through the disciplinary process. As such it needs to be prescriptive and give detailed examples of what you can and can’t do as an employee, both on and off duty.

Desired behaviours can be amended to shine the spotlight on a particular problem that needs fixing. Core values cannot, and sadly that for me takes the edge off an otherwise courageous piece of communication.

* ‘shit hit the fan’ sounds so much more acceptable in French

I spend a fair bit of time studying behaviour change. After all, as an Internal Communications specialist that’s what it’s all about. When you are in broadcast mode the whole point of communicating is to create or contribute to some effect on behaviour.

There should always be an objective when we talk. So to be a good Internal Communicator we need to fully understand the effect our broadcast communications have on those they are aimed at.

Rarely have I bumped into such sound advice as this. It’s only 10 slides but each one is a gem. My thanks go to Stanford University’s beautifully monikered Persuasive Tech Lab for sharing!

I chose to name this piece Baby steps not big leaps as this rule in particular represents for me the most important of all of the 10 commandments of successful change.  Thou shalt seek small incremental successes.

I’m reading a brilliant book on change management called Switch by Chip and Dan Heath. I’m only 50 pages in but already I know these guys are the voice of reason and I’m going to enjoy the rest of the book. And it was dirt cheap on Amazon! 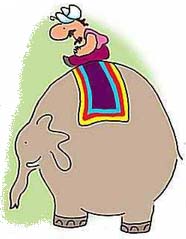 To set the scene they talk a lot about the tension between emotion and logic, referring to a cute analogy of an elephant and its rider, where the heavyweight mammal represents emotion and its rider, who holds the reigns and provides direction, represents reason and logic. Provided the rider has clarity over where to guide the elephant and provided there is something in it for the elephant, the rider should be able to keep the elephant heading in the desired direction. Any disconnect between the rider and the elephant is likely to result in the elephant choosing for itself where to go and what to do. After all, it is far bigger and far more powerful than the rider.

We have all experienced this conflict between emotion and reason. Every time we oversleep, over eat, skip the gym or bark at an inconsiderate driver we are letting our emotional side win over the rational.

It is very easy for the elephant to give in to temptation. It’s not great at short term sacrifice for long term gain and change often fails because the rider cannot keep the elephant on the path long enough to reach the destination. The elephant’s hunger for instant gratification is the opposite of the rider’s strength, which is the ability to think long-term. And the elephant’s strength, which is the enormous energy it can generate through its capacity for love and loyalty can be the opposite of the rider’s weakness. In search of logic and rationale the rider can over analyse and over complicate things and end up driving the elephant around in circles.

Out of this analogy comes a three part framework which the authors believe can guide any situation where you need to change behaviour.

I love the stuff about identifying the bright spots and leveraging them. That’s just what Jerry Sternin did in Vietnam to tackle child malnutrition and links in seamlessly with the concept of positive deviance, which I wrote about a couple of weeks ago.

I’ve was reading up on positive deviance (PD) over the weekend. Whilst the terminology is new to me the sentiment is certainly not and it was really quite exciting to discover someone with far more experience in the field thinking along the same lines as me.

Before continuing though just a word on what I mean by change. Organisational change is situational. It happens when something starts or stops: it could be structural, economic, technological or demographic. I think what most of us mean by organisational change is really transition – the psychological process that accompanies change and invariably extends over a period of time.

Things can and do change quickly, people do not. This is important as change management for me is really all about transition management. It’s about addressing the complex and very challenging people issues rather than the more straightforward situational ones.

With figures almost mirroring the failure rate of mergers & acquisitions, it’s generally accepted that organisational change initiatives fail more often than not. Poor communication is often blamed in both instances, so my own profession can take a bit of a shoeing at such times.

Maybe that is why what Jerry Sternin has to say on the subject resonates with me. His experiences led him to conclude that “the traditional model for social and organizational change doesn’t work, it never has. You can’t bring permanent solutions in from outside”. I know I’m not alone in expressing the following sentiment: all too often change consultants ride into town, offer their wisdom, collect their fees, and then head off into the sunset to refine their models, do a bit more research and write another book. Meanwhile the company reverts to form.

Jerry and Monique Sternin set the PD ball rolling after their work with Save the Children in Vietnam in the 1990’s where they used it to great effect to tackle child malnutrition. The Sternins’ approach was based on the belief that in every community there are individuals whose exceptional behaviours or practices enable them to get better results than their peers using exactly the same resources.

The real challenge is to find a way to ‘infect’ the rest of the community with their behaviours and practices. The Sternins found that such infection took place where new behaviours were encouraged rather than knowledge taught: “Once you find deviant behaviours, don’t tell people about them. It’s not a transfer of knowledge. It’s not about importing best practices from somewhere else. It’s about changing behaviour. You design an intervention that requires and enables people to access and to act on these new premises. You enable people to practice a new behaviour, not to sit in a class learning about it.”

In Vietnam, the Sternins proved that PD worked, and their groundbreaking work has since served as a model for rehabilitating tens of thousands of children in 20 countries, and PD is now being applied around the world to change behaviour in a variety of other social and organisational situations, such as the spread of AIDs in the Third World and ethnic conflicts in Africa.

Here is a list of the steps set out in a Fast Company interview with Jerry Sternin that I have been reading.

I’m not going to rush out and start evangelising as I have yet to read any compelling evidence about its success in a hardcore business setting. I suspect every company has positive deviants lurking around somewhere. It could be the sales team that consistently outsells the rest despite making fewer calls. It could be the Finance team that consistently has the lowest churn rate in the company and the highest engagement scores in the annual staff survey. It could be the Help Desk team that always receives the highest number of customer commendations despite being the most under-staffed.

I like the look of PD as it does not make assumptions. This has to be a good thing as change management can be very formulaic and in my book there can never be a one size fits all solution to successful organisational change. Just because a particular approach worked in company A, it does not follow that the same intervention will work in company B.

And instead of focusing on solutions PD seeks to identify underlying successful behaviours already inside an organisation and leverage them.

That sounds pretty powerful to me.